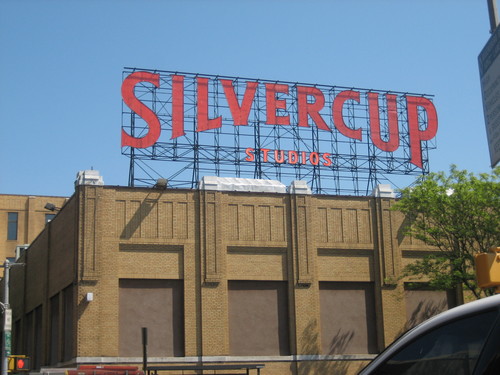 The MTA on Tuesday says commuters can now update their accounts to receive only the information they want. Previously, commuters who had requested only planned service changes had also received additional, unwanted alerts on unexpected service delays or disruptions.

The MTA also says its 70,000 subscribers can suspend the alert service while away or on vacation. 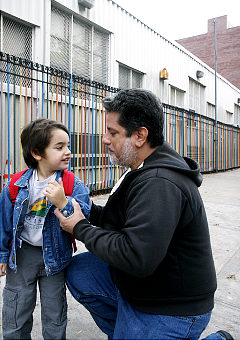 The city’s count of stalled construction projects in the borough has surged 42% since it began tracking them this summer, according to the Department of Buildings’ latest statistics.

Brooklyn has the most stalled sites of any borough, with a total of 245. This makes up nearly half of the 527 buildings sitting unfinished citywide after the collapse of the housing market sent many developers packing.

“They went forward with all this stuff, and now we’re paying the price,” said community activist and Williamsburg resident Phil DePaolo, who said the metal frames and vacant lots strewn across his neighborhood are a magnet for drug addicts and homeless people.

“An area where you had factories and life, you [now] have emptiness and darkness, and it increases the fear factor in the community,” he said.

Greenpoint and Williamsburg, the hottest areas for development just a few years ago, have seen 80 sites stall, the most of any area in the borough. Brooklyn’s closest runnerup is Borough Park, with 18.

Tenth-grader Kimberly, 15, who lives near a partly finished building on S. Fourth St., said she often sees raucous teens partying there, adding: “I get nervous walking by at night.”

Earlier this year, the DOB sent investigators to monitor stalled sites and issue violations or work with the developer to fix emergency problems.

Last month, the City Council passed a bill giving developers incentives to keep up their properties, allowing them to renew permits at stalled sites for up to four years if they keep up with safety requirements.

“We’re worried about the impact that it’s having on neighborhoods,” said Council Speaker Christine Quinn, who has also devised a plan that would allow developers to turn stalled sites into affordable housing. While the city may consider stronger measures to get developers to push ahead, many simply don’t have the funds to do so, Quinn said.

But DePaolo said the city’s current efforts aren’t enough, adding: “It’s like putting a Band-Aid on a shotgun wound.” 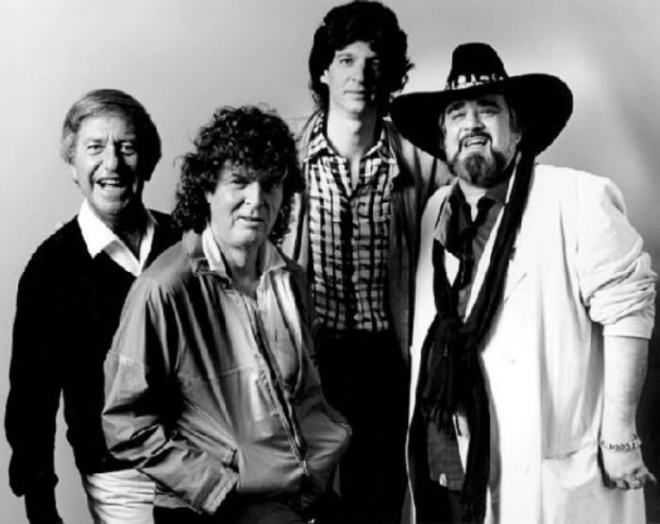 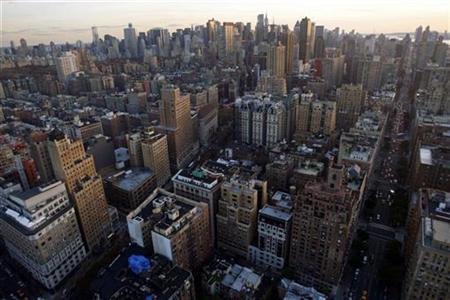 NEW YORK (CNNMoney.com) — In a sign that job losses are felt in every corner of the nation, unemployment rates rose in 98% of metropolitan areas across the country in December, according to a recent government report.

A total of 95 regions registered unemployment rates that were at least 3 percentage points higher than a year ago. Not one region had a jobless rate decrease of more than 0.2 percentage point during that period.

Though the rise in unemployment rates depicts the rampant job losses facing the country, the Labor Department does not adjust the rates in its metropolitan unemployment report for typical seasonal changes in employment.

Furthermore, smaller cities are usually dependent on a fewer number of employers, so layoffs can exacerbate those areas’ unemployment rates.

El Centro, Calif. continued to hold the highest rate of unemployment at 22.6%. The town on the border of Mexico is highly reliant on agricultural employment, according to economists. The unemployment rate has a tendency to rise and fall in the area depending on the farming season.

Morgantown, W.Va., had a rate of just 2.7%, the lowest in the country. Morgantown houses West Virginia University, which is the town’s largest employer. The University has a large hospital and pharmaceutical manufacturing component – areas of the economy that are actually adding jobs.

Of the 49 metropolitan areas with a population of at least 1 million, Detroit had the largest unemployment rate, at 10.6%, followed by San Bernadino, Calif., with 10.1%. Detroit’s labor force has been slammed by dreadful auto sales, and the sinking California housing market has dragged down construction jobs in that area.

Oklahoma City had the lowest unemployment rate of large metropolitan regions, at 4.6%, followed by Washington at 4.7%. Oklahoma City is benefiting from the still-booming energy industry, especially through the several large natural gas companies in the city. Washington’s employment is largely based on federal government jobs in the district.

The report comes on the same day as two independent reports showed job cut announcements and payroll reductions continued to rise in January.

The Labor Department is expected to report Friday that the economy lost another 500,000 jobs, according to a consensus estimate of economists surveyed by Briefing.com. The national unemployment rate is expected to rise to 7.5% from its current level of 7.2%, its highest rate since January 1993 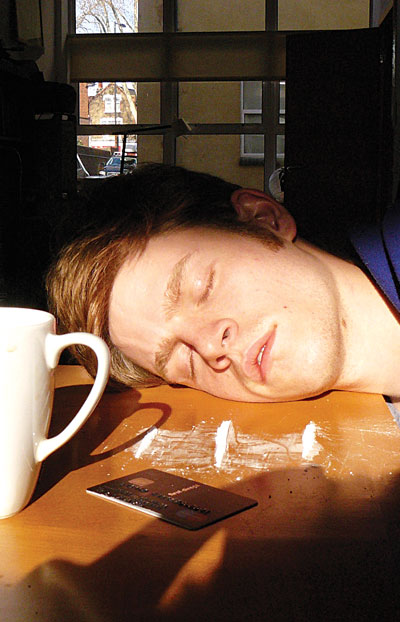 On Capitol Hill Wednesday, the financial analyst who first blew the whistle on Bernie Madoff back in 2000 went public for the first time, stunning lawmakers with the full scope of the $50 billion fraud. CBS News correspondent Armen Keteyian reports.

In two hours of riveting, no-holds barred testimony, Harry Markopolos revealed the depth – and danger – of his nine-year fight to expose the Madoff scandal.

Markopolos said at one point he feared for his life.

“He would have known my name and, he knew he had a team tracking him. I didn’t think I was long for this world,” he said.

One reason: Bernie Madoff was among the “most powerful men” on Wall Street.

Another: In 2002 Markopolos said he discovered billions of dollars in “dirty money” was being funneled into Madoff Securities through a series of off-shore accounts.

“When you’re that big and that secretive, you’re going to attract a lot of organized crime money, and which we … now know came from the Russian mob and the Latin-American drug cartel,” Markopolos said.

A 162-page document filed with the U.S. Bankruptcy Court in Manhattan late Wednesday lists several thousand of the people and entities that handed money over to Madoff to “invest”. Among the victims are some very well-known personalities – and Madoff’s own defense lawyer. Click here to read more.

Markopolos said he began his crusade back in late 1999, when he was asked by his employer to see if he could match an investment strategy that produced unusually steady returns – like Madoff’s.

“It took me about five minutes to figure out that he was a fraud,” Markopolos said.

Despite “gift wrapping” evidence of the largest Ponzi scheme in history, Markopolos ran into a stone wall at the SEC. It was an agency, he charged, was unwilling and incapable of following his leads.

“I gave them a road map and a flashlight to find the fraud, and they didn’t go where I told them to go,” Markopolos said.

And he wasn’t the only one warning the feds.

This anonymous letter sent in April 2006 to the head of the SEC was obtained exclusively by CBS News.

In it, SEC Chairman Christopher Cox is told that Madoff keeps two “sets of records. The most interesting of which is on his computer which is always on his person.”

But again, nothing happened.

As to the question of whether Bernie Madoff pulled off $50 billion worth of fraud all by himself?

Markopolos had a very simple answer: “No.”