Little Boys With Their Toys
September 22 2002
By John S. Tully

Los Angeles–It has become the age of “muddled thinking” around Washington D.C. and throughout this great nation. The debate about Mr. Hussein never materialized and now the war drums are beating hideously loud. No politician it seems is even questioning the administration’s stance that regime change must take place now. The non-debate is currently focusing on when to strike and whether the rest of the world will be cooperative.

This is a time when we are still actively engaged in Afghanistan, searching for remnants of Al-Quaeda amongst the Taliban regime; one that still has a viable presence in a country that our troops will be engaged in for many years to come. In this “War On Terrorism” Osama Bin Laden has not been found and dozens of military experts can still find no connection between Al Qaeda and Iraq. The Middle East peace process is in shambles; the two sides continue to tear one another apart and there are no concrete plans in place to change this paradigm. Indeed, Mr. Sharon has declared that he will strike back if Iraq launches scud missiles on Israel as it did during the Gulf War.

Meanwhile, both India and Pakistan have nuclear capability at a time of increased reports of Al Quaeda presence in both countries. There is serious uneasiness in the entire region about the ramifications of a power play in an Islamic country by a foreign power.

Administration officials asked the United Nations for permission to go back into Iraq and hold meaningful inspections of their weapons program; permission was granted unconditionally with disarmament being the ultimate goal. Now it seems that nothing short of a “regime change” will satisfy officials in the White House and the State Department.

Experts from the military, scholars of international diplomacy, recognized leaders of democratic countries have warned the United States that an attack on Iraq could be disasterous for the entire region and in fact the entire globe. Saddam Hussein is a very dangerous man in a very dangerous neighborhood. Evidence shows that he does have chemical and biological weapons. There is however absolutely no conclusive evidence of any kind that Mr. Hussein has “Weapons of Mass Destruction”

Young American men and women are about to go to a war with Iraq that may take more lives than that devastating day last September. With six weeks until the elections United States Congressman and Senators have fallen silent; their hollow echoes frightening the rest of the world.

Who will speak up?

During the Bush-era torture debates, I was never able to get past my initial incredulity that we were even having a “debate” over whether the President has the authority to torture people.  Andrew Sullivan has responded to some of the questions I posed about his defense of Obama’s assassination program, and I realize now that throughout this whole assassination debate, specific legal and factual issues aside, my overarching reaction is quite similar:  I actually can’t believe that there is even a “debate” over whether an American President — without a shred of due process or oversight — has the power to compile hit lists of American citizens whom he orders the CIA to kill far away from any battlefield.  The notion that the President has such an unconstrained, unchecked power is such a blatant distortion of everything our political system is supposed to be — such a pure embodiment of the very definition of tyrannical power — that, no matter how many times I see it, it’s still hard for me to believe there are people willing to expressly defend it.

Britain is currently engulfed by a probing, controversial investigation into how their Government came to support the invasion of Iraq, replete with evidence that much of what was said at the time by both British and American officials was knowingly false, particularly regarding the unequivocal intention of the Bush administration to attack Iraq for months when they were pretending otherwise.  Yesterday, the British Ambassador to the U.S. in 2002 and 2003, Sir Christopher Meyer (who favored the war), testified before the investigative tribunal and said this:

Meyer said attitudes towards Iraq were influenced to an extent not appreciated by him at the time by the anthrax scare in the US soon after 9/11. US senators and others were sent anthrax spores in the post, a crime that led to the death of five people, prompting policymakers to claim links to Saddam Hussein. . . .

On 9/11 Condoleezza Rice, then the US national security adviser, told Meyer she was in “no doubt: it was an al-Qaida operation” . . . It seemed that Paul Wolfowitz, Rumsfeld’s deputy, argued for retaliation to include Iraq, Meyer said. . . .

But the anthrax scare had “steamed up” policy makers in Bush’s administration and helped swing attitudes against Saddam, who the administration believed had been the last person to use anthrax.

I’ve written many times before about how the anthrax attack played at least as large of a role as the 9/11 attack itself, if not larger, in creating the general climate of fear that prevailed for years in the U.S. and specifically how the anthrax episode was exploited by leading media and political figures to gin up intense hostility towards Iraq (a few othersflushed this terrorist attack down the memory hole as though it doesn’t exist.  When Dana Perino boasted this week on Fox News that “we did not have a terrorist attack on our country during President Bush’s term,” most of the resulting derision focused on the 9/11 attack while ignoring — as always — the anthrax attack. have argued the same).  That’s why it’s so striking how we’ve collectively

What makes this particularly significant is that the anthrax attack is unresolved and uninvestigated. The FBI claimed last year that it had identified the sole perpetrator, Bruce Ivins, but because Ivins is dead, they never had the opportunity — or the obligation — to prove their accusations in any meaningful tribunal.  The case against Ivins is so riddled with logical and evidentiary holes that it has generated extreme doubts not merely from typical government skeptics but from the most mainstream, establishment-revering, and ideologically disparate sources.  Just consider some of the outlets and individuals who have stated unequivocally that the FBI’s case against Ivinis is unpersausive and requires a meaningful investigation:  The Washington Post Editorial Page; The New York Times Editorial Page; The Wall St. Journal Editorial Page; the science journal Nature; Senators Pat Leahy, Arlen Specter and Charles Grassley; physicist and Congressman Rush Holt, whose New Jersey district was where the anthrax letters were sent; Dr. Alan Pearson, Director of the Biological and Chemical Weapons Control Program at the Center for Arms Control and Non-Proliferation; and a vast array of scientific and legal experts in the field.

Here we have one of the most consequential political events of the last decade at least — a lethal biological terrorist attack aimed at key U.S. Senators and media figures, which even the FBI claims originated from a U.S. military lab.  The then-British Ambassador to the U.S. is now testifying what has long been clear:  that this episode played a huge role in enabling the attack on Iraq.  Even our leading mainstream, establishment-serving media outlets — and countless bio-weapons experts — believe that we do not have real answers about who perpetrated this attack and how.  And there is little apparent interest in investigating in order to find out.  Evidently, this is just another one of those things that we’ll relegate to “the irrelevant past,” and therefore deem it unworthy of attention from our future-gazing, always-distracted minds.

UPDATE:  Marcy Wheeler notes that the FBI has become increasingly defiant towards requests that its claims be reviewed by an independent panel; of course, that couldn’t happen unless the White House and Congress permitted it to.

Professor Noam Chomsky may be among America’s most enduring anti-war activists. But the leftist intellectual’s anthology of post 9/11 commentary is taboo at Guantánamo’s prison camp library, which offers books and videos on Harry Potter, World Cup soccer and Islam.

U.S. military censors recently rejected a Pentagon lawyer’s donation of an Arabic-language copy of the political activist and linguistic professor’s 2007 anthology Interventions for the library, which has more than 16,000 items.

Chomsky, 80, who has been voicing disgust with U.S. foreign policy since the Vietnam War, reacted with irritation and derision. “This happens sometimes in totalitarian regimes,” he told The Miami Herald by e-mail after learning of the decision.

“Of some incidental interest, perhaps, is the nature of the book they banned. It consists of op-eds written for The New York Times syndicate and distributed by them. The subversive rot must run very deep.”

Prison camp officials would not say specifically why the book was rejected but Navy Lt. Cmdr. Brook DeWalt, a Guantánamo spokesman, said staff reviews “every proposed or recommended library item to assess force protection issues associated with camp dynamics — such as impact on good order and discipline.”

END_OF_DOCUMENT_TOKEN_TO_BE_REPLACED 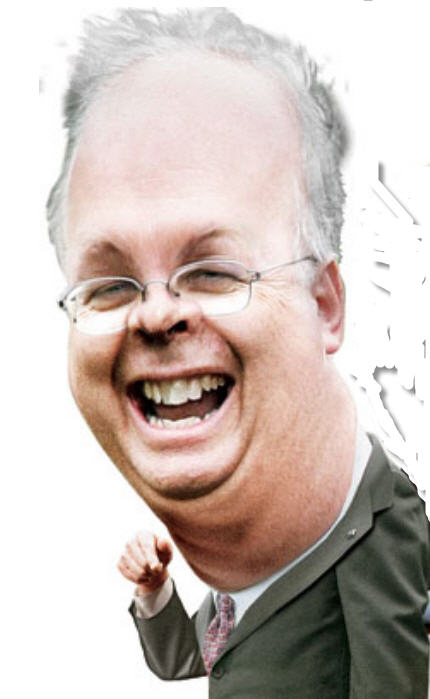 Yesterday, I voiced several criticisms of comments made earlier this week by NBC News Political Director Chuck Todd regarding potential torture investigations by the Obama Justice Department.  Shortly thereafter, he emailed me to say that he wished I had contacted him before posting.  In response, I invited him to participate in a podcast discussion with me of the issues raised by his remarks and my analysis of them, and, to his credit, he accepted.

This morning, I spoke with Todd for roughly 30 minutes about the relative significance of torture investigations, the implications of failing to prosecute high-level political officials when they break the law, the role of the media in these matters, and whether Todd was expressing his own views or merely repeating what the White House believes (the polling data I reference, along with the media’s routine distortion of it, is documented here and here).  The discussion can be heard by clicking PLAY on the recorder below (it can be also downloaded by MP3 here or by ITunes here).  A transcript will be posted later today.

The chairman of the House Judiciary Committee has called for both a criminal investigation and a blue-ribbon panel to look into “Bush administration abuses of power and misconduct.”

Rep. John Conyers (D-MI) told the National Press Club Friday that both avenues should be pursued because a criminal investigation would be done in private, while a blue-ribbon “9/11-type” panel would work publicly and would create a public record of the Bush administration’s actions.

“Wait a minute,” he said, “you don’t know what questions we’re going to ask.”

“If we ask a question that you think can’t be answered, we can set it aside … but the blanket [notion that] anybody near the White House doesn’t have to come to a hearing, that wouldn’t wash at my son’s freshman class at Moorhouse College in Atlanta much less with me.”

“Congress’s role has been diminished as the President’s executive role has increased,” Conyers warned, adding that his committee is “in the process of enforcing” subpoenas against Bush-era White House counsel Harriet Myers and former Chief of Staff Josh Bolton.

Video of Conyers’ comments to the National Press Club can be found here.