“Congratulations to the world’s laziest dispenser of conventional wisdom”

Amazing that the two-year old Sandy Berger investigation leak came out two days before the (now all-but-forgotten, complete stonewalling every step along the way by this administration) 9/11 report would be released…

David Brooks was just salivating the other night about how this five hundred page report is such a great symbol of blah blah blah…A beacon, if you will, of light, in an otherwise dark period of time, in this great nation or somesuch trite.

Get a root canal now.

Hey this report would have come out earlier if the Bush Jr. administration hadn’t delayed, delayed, delayed.As usual, the media is now parroting each other this week in urging /warning/encouraging Kerry to not Bush-bash….I mean everyone in the cool- kids media club is squawking about it…Awesome!

The whole ” Who is the real John Kerry?” nonsense? The Dems. are going to listen and Kerry, who IS charismatic, will give a so-so mushy speech instead of what everyone, of either political party, is salivating to see to see in a politician: someone who lays it on the line and stands for something, anything.
Prolly won’t happen, Kerry will win anyway and it’s a good thing I don’t run campaigns.

I can’t for the life of me find a valid account of Sandy Berger stuffing his pockets/pants with secrets, etc. etc. Ah, and there’s the rub these days in the Cool Kids Media Club. I tried hard; I love a good research hunt and spent some coin calling D.C. but I’m new in the media game so I don’t have many contacts yet. Nothing, nada, zilch, and rumor becomes fact.

Robert Novak saying that everyone knew Valerie Plame was undercover?
He’s still saying this and seems more confident now that the second round of the “Smear Ambassador Wilson Patrol” is out and about.

He’s going to swallow
his wet teeth one of these days.

Jack Cafferty isn’t dead and was on CNN Monday morning grumbling about….
you guessed it, Berger stuffing things into his… socks er…jacket,er….pants… ….and the boys on Imus were snickering like seventh graders about that SPY stealing secrets in his underwear… 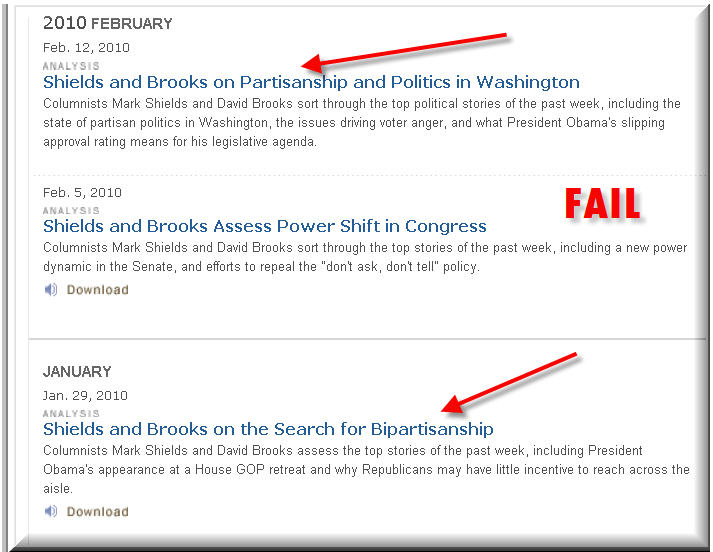 Whether it was Michael Wolff’s “piece” in Vanity Fair on Politico or the Paris tap water that produced the explosive diarrhea on a hot sweaty July night in the City of Lights, we’ll never know…

Time moves both slow and fast in these Dog Days of Summer and the memory hole of the past eight bloody years is fading and digging deeper.

I take you back to the city of D.C.

A few years ago…
A quaint city, soon to written about like Rome, gilded on their own lily and pathetic to boot.

Sucked in to television, watching the camera moves, editing, and heavy music to a story about a mom and a dad and a wife who lose their little/big man to a fiery explosion in Iraq. The soldier leaves a “just in case” final video for his bride, tells her of his deep love, and urges her to go on with life: “get married, have kids”  It’s a noble gesture from a brave young man and the camera cuts to the weeping widow watching the tape.

The evening news comes on and the 80 year-old man who marched against Iraq in a February freeze watches a report on two dead Marines and 17 Iraqi dead civilians . Remember seeing that look on the face of the Marines’ mother or the site of yet another widow with two babies that finally punches the gut.

At this point in the war,  President Bush hadn’t been to one funeral service for them.

Remember banned television cameras at the arrival of the bodies from Germany, at the base in Delaware .

The cowering, obedient press corpse giving the President a free pass after 9/11 and the Administration using it to make the United States less safe, less secure, and spoil environmental and geopolitical progress for years to come.

Remembering Television and Freedom Fries and Terror Alerts here in Paris 6  years later, the mind once again boggles and crunches the serious, sad, mistaken war of choice that ignored all plans and warnings of consequences.

Powered by arrogance and breathtaking hubris and television’s Meet The Press and This Week With Will for the latest talking points of the day.

MR. RUSSERT: All right, this way: Should the blogs, talk radio, cable TV—should people lower their voices, and, and, and control their rhetoric?

Remember that very same week when the Vice-President poked a fat finger in the eye of Russia while the Bush Administration reflexively rejected the first written communication from Iran in seventeen years. Neither Vice President Cheney’s speech or the letter was ever mentioned on either program.

Mr. Bush and Mr. Cheney had blown the cover of longtime C.I.A. agent Valerie Plame who it turns out was working on nuclear proliferation. Her contacts through front company Brewster Jennings were actively working the underground nukes world. That intel might have been helpful that very same week in dealing with Iran.

Instead, the latest Cool-Kids Media Club Memes emerged: “Anger on the Blogs”

That’s right. Three different allusions to blogs and anger on both Meet The Press and This Week complete with an obligatory question from Tim Russert to new/old ham Newt Gingrich.

Schmuck David Brooks, perpetual mealy-mouthed defender of the Bush administration throwing out his  shoulder shrugging off the incident at Haditha in front of two shocked Marines: Mark Shields and Jim Lehrer.

Remember when columnist Tony Blankley said the war protests were organized by the communist party and the Press corps labeled Al Gore as Crazy for his pre-war criticism about invading Iraq.
How about when war hero Max Cleland was derisively compared to both Osama Bin Laden and Saddam Hussein in a television advertisement by his republican opponent, Saxby Chambliss during their Senate race? Mr. Cleland lost his legs and an arm during Vietnam but the republican claimed the democrat was soft on National Security. Mr. Chambliss sat out the war with a bad knee.

It’s apparent that there Was Not a massive intelligence failure and the administration indeed was warned about the vagueness of the information about Iraq.

Remember that classic “Everybody thought-even-France and Germany” song about W.M.D.’s.
The Memory-Hole pieces together the events of the past six years but can never illuminate fully how one of the most brilliant countries in history could now be cowardly defending war atrocities and blaming, as Mr. Blankley said that very same week about the incident at Haditha: “Over reporting by a gleeful media is more damaging than any single fact”

Come to think of it-maybe that gleeful, fluffy, Politico piece that completely failed to mention the publication’s Reagan connection was responsible for that gut bomb the other night.

Either way, I’m still sick as a dog.

In the spring of 2007 a tiny military contractor with a slender track record went shopping for a precious Beltway commodity.

The company, Defense Solutions, sought the services of a retired general with national stature, someone who could open doors at the highest levels of government and help it win a huge prize: the right to supply Iraq with thousands of armored vehicles.

Access like this does not come cheap, but it was an opportunity potentially worth billions in sales, and Defense Solutions soon found its man. The company signed Barry R. McCaffrey, a retired four-star Army general and military analyst for NBC News, to a consulting contract starting June 15, 2007. 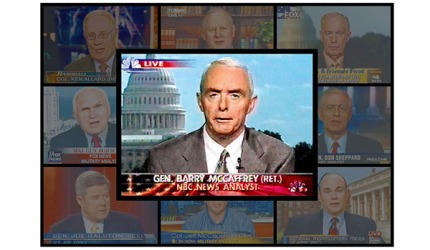 Four days later the general swung into action. He sent a personal note and 15-page briefing packet to David H. Petraeus, the commanding general in Iraq, strongly recommending Defense Solutions and its offer to supply Iraq with 5,000 armored vehicles from Eastern Europe. “No other proposal is quicker, less costly, or more certain to succeed,” he said.

Thus, within days of hiring General McCaffrey, the Defense Solutions sales pitch was in the hands of the American commander with the greatest influence over Iraq’s expanding military.

“That’s what I pay him for,” Timothy D. Ringgold, chief executive of Defense Solutions, said in an interview.