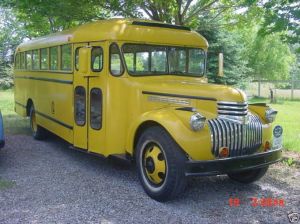 The FDL health care team has been covering the health care debate in congress since it began last year. They have put together a fact sheet to help readers sort through the myths and facts of the health care bill:

*Cost of premiums goes up somewhat due to subsidies and mandates of better coverage. CBO assumes that cost of individual policies goes down 7-10%, and that people will buy more generous policies.

Last July, in response to a campaign we launched the month before, 65 members of Congress pledged to vote against any bill that does not have a public option. At the suggestion of Rep. Donna Edwards, online supporters raised $430,000 to thank them. Dennis Kucinich was one of those members of Congress.

July was also the month that President Obama made a “quid pro quo deal” with the hospitals to exclude the public option from a final health care bill. Miles Mogulescu reports that White House Deputy Chief of Staff Jim Messina confirmed the deal to David Kirkpatrick of the New York Times.

President Obama disingenuously confirmed his support for the public option in his September address to a joint session of Congress, but behind the scenes he was actively working to kill it.

END_OF_DOCUMENT_TOKEN_TO_BE_REPLACED

Dennis Kucinich has called a press conference for tomorrow.  Howard Fineman is reporting that Kucinich will vote “yes” on health care.

Kucinich told Obama that he wants a full ERISA waver and a public option in exchange for his vote.  And if he actually gets an ERISA waver, it will be the biggest victory of the entire health care debate.   As Jon Walker says, “ERISA is the 900 pound Gorilla that has fucked up America’s health care system something good.”

If on the other hand he settles for some worthless reassurances that “Obama will work toward it in the future” (which nobody but Lynn Woolsey is dumb enough to actually believe), or a meaningless symbolic vote that achieves little more than 15 minutes of futile grandstanding, good luck to him.  A thousand people have donated over $16,000 to Dennis since yesterday to thank him for standing up for what he believes in. We’ll be asking him to return it. 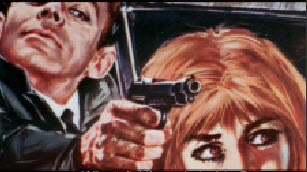 The 1970s in Hollywood were a fertile time. The emergence of the director, as a legitimate artist in his or her own right, shifted focus from the studios, which by the ’60s had grown formulaic and unadventurous in their output, to a new generation of writers and directors, whose concerns and experience were markedly different from the conservative voice of the movie industry at that point.

Due in part to falling profits and the rise of television, a vacuum arose in the industry that opened the door for fresh ideas. Hollywood was redirected and, as a result, American cinema entered a new age – an age when box-office success did not necessarily preclude sophisticated content in a movie, an age when political discourse was not relegated to non-existence or tokenism, or a niche-market. The period between 1969 and the beginning of the 1980s saw American cinema, inspired as it was by international filmmaking (such as the French New Wave), offering critical, ambiguous and highly artful movies.

At its most ambitious, the New Hollywood was a movement intended to cut film free of its evil twin, commerce, by enabling it to fly high through the thin air of art. The filmmakers of the ’70s hoped to overthrow the studio system, or at least render it irrelevant, by democratising filmmaking, putting it in the hands of anyone with talent and determination. (1)

However, as the decade passed, the promise of real change receded; the status quo prevailed. As Peter Biskind puts it, in his book Easy Riders and Raging Bulls: How the Sex ‘N’ Drugs ‘N’ Rock ‘N’ Roll Generation Saved Hollywood,

Robin Wood, in Hollywood: from Vietnam to Reagan, argues that the Vietnam War, among other things, focussed Western society’s dissenting voices, simultaneously discrediting ‘the system’ and emboldening the dissenters. However, like Biskind, Wood acknowledges “this generalized crisis in ideological confidence never issued in revolution. No coherent social/economic program emerged.” (3)

Commercial imperatives once more came to play their part in shaping the output of the industry, as previously fêted directors suffered box office losses and investment money turned to more secure propositions. Thus, a central tenet of political economy – i.e., the inherent censorship of the mass market – prevailed. Ironically, one of the films that stands as a testament to ’70s Hollywood’s freedom and ambition, Sidney Lumet’s Network (1976), depicts precisely this phenomenon.

Network is an example of a hugely successful and critically acclaimed feature film that offers a critique of television, ideology, radical chic and the consequences of American-led post-war capitalism, whilst being funny – no mean feat, and something only barely achieved in the current day by the likes of Michael Moore, et al.

Lumet’s direction and Paddy Chayefsky’s script lambaste the ills of the modern world (couched within the fast-paced soliloquies delivered by the stellar cast of Peter Finch, Faye Dunaway, Robert Duvall and William Holden) and are oft times prescient, predicting the rise of ‘reality television’, and the subsequent decline of both production and social values.

One of the central themes of Network – the decay of society and of love, concurrent with a plunge in standards and morality of the audience, which represents the world (in keeping with the mindset of both the film and its characters) – proves salutary in explaining what happened to Hollywood after the ’70s. Just as the collapse of the old studio system in the ’60s was precipitated by a change in demography and values, so too has a drift toward social conservatism and the continuing project of marketising everything affected our age.

When Howard Beale (Peter Finch), the ageing news anchor for Union Broadcasting System, is fired due to poor ratings, he announces to his friend and network executive Max Schumacher (William Holden) that he intends to “blow my brains out, right on the air, right in the middle of the 7 o’clock news” (4).

Schumacher replies, “You’ll get a hell of a rating. I’ll guarantee you that. 50 share, easy.” He facetiously begins to run with the idea: “We could make a series out of it. ‘Suicide of the Week.’ Oh, hell, why limit ourselves: ‘Execution of the week.’”