Redskins Still in Pursuit of Cutler 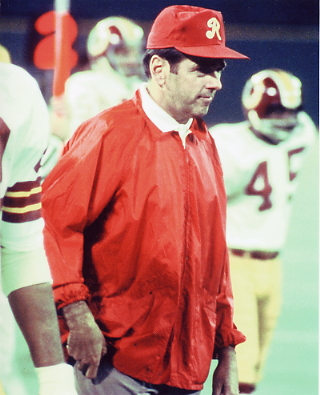 Cutler, who requested a trade on March 16, expressed surprise that Denver had moved so quickly to meet his demand and indicated he was having second thoughts about leaving the Broncos.

“I was surprised they decided to trade me this soon,” Cutler, 25, told FoxSports Wednesday night. “I didn’t want to get traded. That wasn’t me. They had been going back and forth saying things, wanting me to be their quarterback, and then they didn’t. I really didn’t want this. I love Denver. I really like my teammates. I didn’t want it to get this far.”

One NFL source said the Redskins were trying to complete the deal as quickly as possible, although at least two other teams, the New York Jets and the Tampa Bay Buccaneers, were also reportedly interested in acquiring Cutler. An official with an NFL team that has been in touch with Denver said the Broncos told his club they would want at least two first-round draft picks for the two-year starter, confirming a report by ESPN’s Chris Mortensen.

The Redskins have declined to comment on the reports.

The NFL source said Redskins owner Daniel M. Snyder has been pushing for the trade in an attempt to solve the team’s decades-long pursuit of a franchise quarterback.

Another NFL source said a high-ranking Redskins official contacted one NFL team Wednesday about the possibility of trading quarterback Jason Campbell for a second-round pick in the upcoming draft. That source said he interpreted the Redskins’ overture as an attempt by Washington to put together a package to acquire Cutler.

If the Redskins fail to acquire Cutler, they risk alienating Campbell, who has been the starter the past two seasons. Campbell said Wednesday that he wants to stay in Washington.

“I want to be here. I feel like there’s a lot I want to accomplish and that’s what I’ve been working to do, but you know it’s not in your control,” Campbell said. “All I can do is just keep doing what I’m doing, working hard and waiting to see what happens.”

Campbell was among the main targets of frustrated fans, who questioned his intelligence and leadership skills on Internet message boards and sports-talk radio, during the team’s 2-6 collapse after a 6-2 start to last season. The offensive line struggled in pass protection, and the receiving corps did not produce as Snyder and Cerrato hoped, but “everyone always want to blame the quarterback,” Campbell said yesterday. “I know I’m improving, I’m working to get better every day, but some people are . . . you just know that’s the way it is.”

After the Redskins failed to qualify for the playoffs, Cerrato declined to commit to Campbell as the team’s quarterback beyond the 2009 season. Zorn has continued to publicly support Campbell, who in only his second full season as a starter last season established personal bests with an 84.3 passer rating, 3,245 yards and 13 touchdown passes while throwing only six interceptions.

Zorn, however, has stopped short of declaring Campbell a “franchise quarterback,” saying the former first-round draft pick possesses the skills to become an elite player. Having played in three offensive systems in his first four NFL seasons with Washington, Campbell was eager to begin his second season in Zorn’s version of the West Coast offense.

“I was definitely looking forward to being in the same offense for another year and seeing what we could together,” Campbell said. “Being in a different system almost every year, you just don’t get as comfortable as when you’re in the same system for a lot of years. It’s just different.”

Although Campbell still hopes to be Washington’s starting quarterback in the 2009 season, “with all the stuff out there, you know crazy stuff happens in this league,” he said. “You just have to be ready for anything.

“A bunch of trade talk is what got Cutler mad at Denver, that’s the reason all that stuff started with him, but I wouldn’t do all that. The thing you understand that there’s no loyalty in this game, so you just have to work hard. That’s all you can do.”

Cutler is one of only three NFL quarterbacks to throw for at least 25 touchdown passes and 4,500 yards last season, and has developed well the past two seasons as a starter, to the point where some believe he is on the cusp of becoming a star.

He expressed a desire to leave Denver after the Broncos were reported to have pursued a trade for New England Patriots quarterback Matt Cassel — a former pupil of rookie head coach Josh McDaniels. The Broncos attempted to repair the frayed relationship between the talented young quarterback and the coach, but the situation deteriorated to the point where owner Pat Bowlen finally declared his intent on Tuesday night to trade the player.

Cutler was the 11th overall pick in the 2006 draft out of Vanderbilt, and was heralded for his strong arm, size, strength and athleticism. He replaced Jake Plummer as Denver’s starter in late November of his rookie season, and finished 2007 as the league’s 12th-rated passer. In 2008 he reached the Pro Bowl, but some scouts have pointed to his high interception totals as a cause of concern. He has thrown 32 interceptions in his last 32 games, and at least one interception in 13 of his 16 starts last season.

Cutler has also failed to post a winning record as a starter, though Denver’s poor defense certainly played a role in that.

Some NFL executives have also called Cutler’s attitude and leadership into question following his response to the trade talks, and some clubs found him to be aloof while evaluating him prior to the draft. Whether he possess all of the intangibles generally associated with elite quarterbacks will play out as he evolves in his next locale.