Spending by Franken and Coleman since Election Day amounts to about one-fourth of the overall cost of the Senate race. 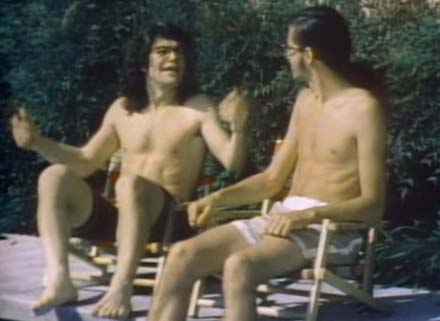 DFLer Al Franken and Republican Norm Coleman have spent roughly $12 million combined since the November election to pay for the recount and ensuing trial in their protracted U.S. Senate race.

Federal election reports filed Wednesday show that each campaign has put about $6 million into the legal fight, in which Franken emerged with a 312-vote lead after Monday’s ruling by the judges in the election trial.

Franken has also come out slightly ahead in the most recent money chase. He raised $3.3 million from the beginning of this year to March 31. Coleman took in $3 million.

Spending since Nov. 4, Election Day, accounts for about one-fourth of the overall cost of the race, in which each side has spent at least $24 million.

As Coleman takes his election challenge to the Minnesota Supreme Court, fundraising has been fueled by recent Federal Election Commission (FEC) decisions allowing for national and state party organizations to help raise money to for legal expenses.

Both campaigns have been raising money directly at a furious pace, aided by joint fundraising committees with their parties that allow well-heeled donors to surpass normal contribution limits.

Meanwhile, Democrats continued to turn up the pressure on Coleman, arguing that he should drop his appeal and concede for the good of the state. The national party brandished a new poll Wednesday that finds that most Minnesotans say Coleman should step aside.

In the survey, conducted by Public Policy Polling, 63 percent of respondents said Coleman should drop his planned state Supreme Court appeal, while 37 percent said he should press ahead.

Public Policy Polling is a Raleigh, N.C., firm with Democratic ties that conducts surveys of state and national political races.

“We conduct one or two polls a week on hot races going on in the news, and Minnesota seemed to fit that,” said company spokesman Tom Jensen.

The Democratic National Committee (DNC), which has kept up a drumbeat of calls for Coleman to concede, distributed the poll results Wednesday.

“We realized people wanted to give Norm Coleman a chance to go through the legal process, but this poll shows that they’ve decided enough is enough,” said DNC spokesman Hari Sevugan.

In a statement, Coleman spokesman Tom Erickson said: “The equal protection and due process rights of 4,400 Minnesota citizens to have their votes counted is not going to be decided by a liberal polling firm. … We intend to ensure that no voter is left behind, even if Al Franken and Democrats would rather act as though they no longer exist.”

Erickson was alluding to 4,400 absentee ballots that Coleman argues were improperly excluded from the vote count and will be a major part of his appeal.

Public Policy interviewed 805 Minnesota voters on Tuesday and Wednesday with automated, recorded phone calls. The poll’s margin of sampling error is plus or minus 3.5 percentage points.

“Minnesota deserves two senators and voters deserve to have their verdict stand without delay,” the ad continues. “Call Norm Coleman … Tell him that it is time to concede.”

The DNC didn’t disclose the extent of its ad buy, but Minnesota Public Radio reported that the ad would run on KSTP-AM and AM950.