BY JUSTO BAUTISTA AND JOSEPH AX 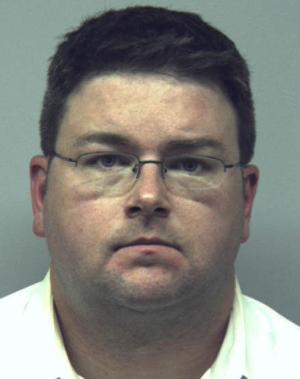 Fox 5 news reporter Charles Leaf was being
held in the Bergen County Jail on $250,000
bail Friday night on charges of sexually
abusing a 4-year-old girl who is an
acquaintance.

Leaf, an award-winning reporter who is
married with two children, was charged with
aggravated sexual assault, sexual assault and e
ndangering the welfare of a child, Bergen
County Prosecutor John L. Molinelli said. The
house where the assault allegedly took place,
a renovated Cape Cod with a two-car garage
and dormers near the roof, is in a modest
neighborhood in Wyckoff.

He will be arraigned on Nov. 4 in Wyckoff
Municipal Court.

Leaf, 40, an ex-Marine, joined the station in
2006 and is the station’s investigative and
general-assignment reporter. He has covered

national stories, including the Bernard
Madoff scandal and the proposed
development of an Islamic community center n
ear the World Trade Center site, according
to his résumé on myfoxny.com.

A Fox 5 representative said that Leaf was
suspended on Friday.

Leaf received a bachelor’s degree in
broadcast journalism from Syracuse
University’s Newhouse School of Public
Communications, the Fox website said. He
served in the Marines for five years and rose
to the rank of sergeant.

Leaf was also an embassy Marine, serving on
an elite diplomatic program with the State
Department at U.S. embassies overseas, with
postings that included Warsaw, Poland, and
Canberra, Australia.

He joined Fox 5 after serving as an
investigative reporter at KDVR-TV Fox 31 in
Denver, and was a TV reporter in Detroit and
Kansas, the Fox website said.

Earlier in his career, Leaf was a reporter at
WPMI in Mobile, Ala., where he became
known for his “in-your-face” style, according
to the Mobile Press-Register.

In 1999, he left the station abruptly following
a well-publicized incident with a local
councilwoman, who sued him for allegedly a
ssaulting her while attempting to interview
her for a story, according to the newspaper.

The suit claimed he slammed a car door on
her arms and legs as she tried to get into a
car and leave. No criminal charges were filed,
and Leaf called the suit “baseless,” the paper
reported.

A year earlier, police responded to the
television station to investigate a reported
fight between Leaf and a cameraman. Again,
no criminal charges were filed, and Leaf said
the incident was blown out of proportion,
according to the paper.