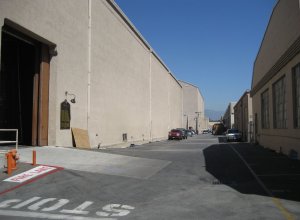 It was clear from the moment news of the flotilla attack emerged that Israel was taking extreme steps to suppress all evidence about what happened other than its own official version. They detained the flotilla passengers and barred the media from speaking with them, thus, as The NYT put it, “refusing to permit journalists access to witnesses who might contradict Israel’s version of events.” They detained the journalists who were on the ship for days and seized their film, video and cameras. And worst of all, the IDF — while still refusing to disclose the full, unedited, raw footage of the incident — quickly released an extremely edited video of their commandos landing on the ship, which failed even to address, let alone refute, the claim of the passengers: that the Israelis were shooting at the ship before the commandos were on board.

This campaign of suppression and propaganda worked to shape American media coverage (as state propaganda campaigns virtually always work on the gullible, authority-revering American media). The edited IDF video was shown over and over on American television without question or challenge. Israeli officials and Israel-devoted commentators appeared all over television — almost always unaccompanied by any Turkish, Palestinian or Muslim critics of the raid — to spout the Israeli version without opposition. Israel-centric pundits in America claimed, based on the edited IDF video, that anyone was lying who even reported on the statements of the passengers that Israeli fired first. In sum, that the Israelis used force only after the passengers attacked the commandos became Unquestioned Truth in American discourse.

But now that the passengers and journalists have been released from Israeli detention and are speaking out, a much different story is emerging. As I noted yesterday, numerous witnesses and journalists are describing Israeli acts of aggression, including the shooting of live ammunition, before the commandos landed. The New York Times blogger Robert Mackey today commendably compiles that evidence — I recommend it highly — and he writes: “now that the accounts of activists and journalists who were detained by Israel after the raid are starting to be heard, it is clear that their stories and that of the Israeli military do not match in many ways.” As Juan Cole says: “Many passengers have now confirmed that they were fired on even before the commandos had boots on the deck. Presumably it is this suppressive fire that killed or wounded some passengers and which provoked an angry reaction and an attack on the commandos.”

Whether the Israelis fired at the passengers before or after landing on the ship matters little to the crux of what happened here. The initial act of aggression was the Israeli seizing of a ship in international waters which was doing nothing hostile; that action was taken to enforce a horrific, inhumane blockade and, more generally, a brutal, decades-long occupation; and whatever else is true, at least nine civilians were killed by the Israeli Navy, only the latest example of Israel (and the U.S.) using massive military force against civilians.

But this incident illustrates — yet again — the eagerness of the American media to “report” on events by doing nothing but mindlessly repeating official government claims. How many of the TV hosts who paraded Israeli officials in front of their audiences all week will put these witnesses on their shows to narrate their version of events? Devotees to Israel have already been convinced that this ship was full of Terrorists and Terrorist-lovers (meaning: anyone who opposes Israeli policy), so anything these passengers say (indeed, anyone who disputes the Israeli version of events) will be automatically dismissed as unreliable — just as Muslim villagers who claim that the U.S. military kills civilians (rather than “militants”) are, for that reason alone, deemed suspect, and just as individuals who denied reports about Iraqi WMDs before the war were deemed suspect for that reason alone. But for those who are not committed to defending Israel no matter what it does, these witnesses deserve to be heard every bit as much as Israeli officials.

Nobody’s claims are entitled to an automatic assumption of truth, including these passengers. But as Mackey argues, all of this compellingly underscores the need for an independent — not an Israeli-led — investigation. Mackey quotes Israeli journalist and blogger Noam Sheifaz:

Israel has confiscated some of the most important material for the investigation, namely the films, audio and photos taken by the passengers [and] journalists on board and the Mavi Marmara’s security cameras. Since yesterday, Israel has been editing these films and using them for its own PR campaign. In other words, Israel has already confiscated most of the evidence, held it from the world and tampered with it. No court in the world would [trust] it to be the one examining it.

Just as is true for the U.S. on so many occasions, Israel has made unmistakably clear that it is interested only in propagandizing and obfuscating. The very idea that they can be trusted to reveal what actually happened is ludicrous on its face.

One of the more disturbing — though predictable — developments this week is the effort to suggest that Furkan Dogan, the 19-year-old American killed by the Israelis with four bullets to the head and one to the chest, is not a “real citizen.” That, of course, tracks the prior Joe-Lieberman-led proposal to strip Americans of their citizenship (now being replicated in Israel) and the Obama administration’s targeting of Americans for due-process-free assassinations. We now have at least two classes of citizenship: “real citizens” and “not really citizens.” John Cole says all that needs to be said about this disgusting suggestion.

And for those who haven’t done so, see my post from yesterday on the role that rank tribalism plays in causing so many Americans to remain devoted to justifying whatever Israel does.

UPDATE: Numerous eyewitness accounts of what happened continue to emerge, and Steve Hynd and this blog both have very helpful compilations of these latest testimonies.

As for propaganda: there are two claims being made frequently that can only be described as pure lies. The first is that Israel’s blockade is devoted to keeping arms out of Gaza (see this explanation from Peter Beinart, as quoted in the last two paragraphs of this FAIR post, regarding the countless items that the Israelis prevent from entering Gaza that have no remote connection to weapons, as well as what Israeli officials themselves have said is the real purpose of the blockade; see also: this chart from The Economist showing what the Israelis are really barring from Gaza); and second is the claim that there is no humanitarian crisis in Gaza caused by the blockade (see this Foreign Policy post from today documenting the devastating humanitarian effects of the blockade).