THE NEW YORK TIMES
by James Risen and Mark Mazzetti

WASHINGTON — Blackwater Worldwide created a web of more than 30 shell companies or subsidiaries in part to obtain millions of dollars in American government contracts after the security company came under intense criticism for reckless conduct in Iraq, according to Congressional investigators and former Blackwater officials.

While it is not clear how many of those businesses won contracts, at least three had deals with the United States military or the Central Intelligence Agency, according to former government and company officials. Since 2001, the intelligence agency has awarded up to $600 million in classified contracts to Blackwater and its affiliates, according to a United States government official.

The Senate Armed Services Committee this week released a chart that identified 31 affiliates of Blackwater, now known as Xe Services. The network was disclosed as part of a committee’s investigation into government contracting. The investigation revealed the lengths to which Blackwater went to continue winning contracts after Blackwater guards killed 17 Iraqi civilians in Baghdad in September 2007. That episode and other reports of abuses led to criminal and Congressional investigations, and cost the company its lucrative security contract with the State Department in Iraq.

The network of companies — which includes several businesses located in offshore tax havens — allowed Blackwater to obscure its involvement in government work from contracting officials or the public, and to assure a low profile for any of its classified activities, said former Blackwater officials, who, like the government officials, spoke only on condition of anonymity.

END_OF_DOCUMENT_TOKEN_TO_BE_REPLACED

Stanley McChrystal, Obama’s top commander in Afghanistan, has seized control of the war by never taking his eye off the real enemy: The wimps in the White House 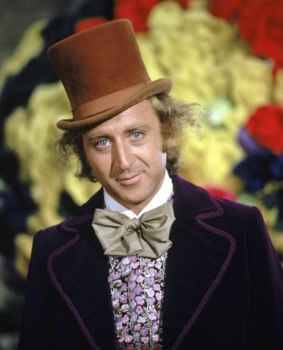 By Michael Hastings
‘How’d I get screwed into going to this dinner?” demands Gen. Stanley McChrystal.

It’s a Thursday night in mid-April, and the commander of all U.S. and NATO forces in Afghanistan is sitting in a four-star suite at the Hôtel Westminster in Paris. He’s in France to sell his new war strategy to our NATO allies – to keep up the fiction, in essence, that we actually have allies. Since McChrystal took over a year ago, the Afghan war has become the exclusive property of the United States.

Opposition to the war has already toppled the Dutch government, forced the resignation of Germany’s president and sparked both Canada and the Netherlands to announce the withdrawal of their 4,500 troops. McChrystal is in Paris to keep the French, who have lost more than 40 soldiers in Afghanistan, from going all wobbly on him.